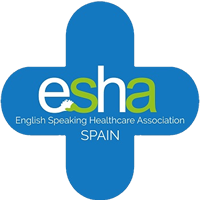 The Healthcare System in Spain – Doctors and Hospitals

The Healthcare System in Spain – Doctors and Hospitals

Spain has both public and private healthcare systems that run parallel. The public system provides free basic healthcare to those who contribute to the Spanish social security system and their families. It is overseen by the central government, but each autonomous community is responsible for the running of its service. The public system also provides free healthcare for retirees, including those from other EU countries. The UK government, for example, pays Spain an annual sum per pensioner to cover their health costs. Although it is still uncertain what will happen with UK citizens after Brexit

Foreign employees working for Spanish companies or self-employed foreigners in Spain usually have to contribute to Spanish social security (seguridad social). This entitles them and their families to receive free or subsidised medical care on the same terms as Spanish residents.

If you are not a pensioner, employed person or officially a resident in Spain you will not qualify for free medical treatment under the Spanish public system. It is advisable that residents in these circumstances should ensure they are covered by private medical insurance if the Spanish security system does not cover them. Click here for a list of ESHA approved private health insurance companies.

The E111 form was replaced in January 2006 by the European Health Insurance Card (EHIC). The EHIC is usually valid for three to five years and covers any medical treatment that may become necessary, through either illness or accident. The card only allows you treatment under the state system and you may have to pay a contribution towards the cost of your care. Dentistry and mental health are not covered.

The EHIC is not a substitute for medical and travel insurance and will not cover you for medical repatriation, on-going medical treatment, treatment of a non-urgent nature or private care. People who are ordinarily resident in the UK are entitled to a UK-issued EHIC and it is not valid for people who are going to live abroad.

Private healthcare insurance for treatment at private hospitals and clinics is not widespread and mainly used either by the expat community in Spain or to avoid the long waiting lists to see specialist doctors in the public healthcare system. 15 percent of the population has voluntary private insurance although some private services are contracted by the public sector. In many of the autonomous communities there are a large number of non-profit, semi-public entities. Private healthcare companies often offer quicker service to patients but also extra services such as private rooms, express mailing of test results and keeping patients informed via email and SMS messages

Spain has an excellent system of private medicine that exists easily alongside the state system and in recent years has become more important and counts on some of the most modern and cutting-edge hospitals in Europe. An estimated 15% of the population holds private health insurance. This can either be used as a supplement or an alternative to public care and is available from both local and worldwide based insurers. See here for a comprehensive list of ESHA approved Hospitals and medical clinics.

It is possible, but not guaranteed, that you will find an English-speaking nurse or doctor in most hospitals. If an English-speaker is not available, most health services, particularly those in touristy areas, will provide an interpreter at a cost of around €20 per hour. In some regions, doctors refuse to treat patients who cannot speak Spanish unless they have an interpreter, as it can double diagnosis time. Finding an English-speaking doctor in a private hospital is almost guaranteed. ESHA has a comprehensive list of English- Speaking Doctors in Spain in both primary care and out-patient.

As with the state systems in other European countries, there can be long waiting lists to see specialists and for non-emergency surgical care. The public system covers only basic medical care – dental and eye care is available privately, as is counselling and therapy.

For minor ailments, there are local pharmacies (farmacias), which have a green flashing cross displayed outside or in the window. They take turns to provide a 24-hour service and display their schedules in the window – or in the local paper. Pharmacists in Spain are better trained than in some other countries and provide treatment advice for many common illnesses and ailments.

In the case of an emergency, go straight to the nearest casualty department (urgencias). Under Spanish law, any health organisation, public or private, is required to treat patients in an emergency situation regardless of their insurance status. The responsibility of deciding what constitutes an emergency rests with the nurse or doctor on call. You may incur a fee

If you require an emergency ambulance, use the general emergency number 112.

Pensioners may find that the wide range of facilities available to them in the UK aren’t on offer to them in Spain. While they can expect the same care as any Spanish citizen under the same conditions, they should bear in mind that certain services (Meals on Wheels and daycare centres) vary from district to district and may be scarce. Also, the staff working for these services will be unlikely to speak English.  ESHA has a list of NGOs that may be able to help out in your area and also a comprehensive list of nursing homes that can attend to your needs in English.